It is time for a FIRST Wild Card Tour book review! If you wish to join the FIRST blog alliance, just click the button. We are a group of reviewers who tour Christian books. A Wild Card post includes a brief bio of the author and a full chapter from each book toured. The reason it is called a FIRST Wild Card Tour is that you never know if the book will be fiction, non~fiction, for young, or for old…or for somewhere in between! Enjoy your free peek into the book!

Today’s Wild Card author is:
Kathleen M. Basi
and the book:
Joy to the World: Advent Activities for your Family
Liguori Publications (July 1, 2010)

***Special thanks to Rebecca Molen of Liguori Publications for sending me a review copy.*** 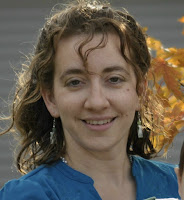 Call it December madness: On the day after Thanksgiving 2008, a seasonal worker was trampled to death by shoppers swarming a department store at opening time. In mid-America, two women got into a fist fight over a toy, and the store personnel had to pull them off each other.

At this time of year, it’s hardly possible to escape feeling rushed, harried, and overwhelmed. It seems like every year the Christmas decorations at the mall go up a little earlier, and all the news reports dwell on how much money retailers are (or aren’t) going to make. The ad inserts get fatter and the TV shouts: “No need to wait! Zero down! No interest for thirteen months! Hurry, hurry, hurry!”

Just about everyone gripes about it, but no one seems to know what to do about it. Some families throw out the whole secular celebration in an attempt to prevent materialism from overwhelming both Advent and Christmas. But most families feel—rightly so—that they shouldn’t have to choose one over the other. It’s supposed to be “the most wonderful time of the year,” but often families feel stressed as the calendar fills up with recitals, shopping, parties, and housecleaning. In this atmosphere filled with distractions, the idea of Advent as a season in its own right has been overwhelmed. How can we wait for Christmas when we never have to wait for anything else?

Christmas is not about children, gifts, cookies, or trees. It’s about a love so powerful that God came to earth to dwell among us: human and divine intertwining—a holy union of wills that reaches its apex not in birth, but in crucifixion and resurrection. In salvation.

And we spend December fighting over Blu-ray discs and toys?

It’s time to reclaim Advent—that season of holy hush, of waiting, of light and anticipation—that season that helps make Christmas so special. We can’t withdraw from the world, but we can take the trappings of the season and infuse them with a deeper meaning. Joy to the World: Advent Activities for Your Family outlines a way to reconcile the secular with the sacred—to celebrate them side-by-side, to mold them into a single, month-long “liturgy,” and in so doing, to enrich both celebrations.

Chapter 1 presents a brief overview of Advent and why it is important. Chapter 2 introduces the three parts of the Advent Reclamation Project, which are explained more fully in Chapters 3 through 5. Chapter 6 offers suggestions for other traditions that families or parish communities might choose to adopt as their own, and in the appendices, you will find resources to flesh out the earlier chapters.

Early childhood is the ideal time to start developing family traditions, so this book is aimed at young families. Each chapter contains a short italicized section to be read directly to children, explaining some part of the celebration. As your family grows, you can adapt the traditions to fit your own circumstances. Many of the ideas will also translate to the classroom. Remember that Advent, like Sabbath, was not created for God’s sake, but for ours (see Mark 2:27). God doesn’t need it. We do.

The Case
For Advent

Advent holds a unique place in the Christian calendar. For Catholics, it is the beginning of the liturgical year. It is a season in which the church is decked out in purple—a sign of penitence—yet the Scriptures also speak of joy, hope, and light.

The word “Advent” comes from a Latin word meaning arrival or coming. In the earliest days of the Church, all of life focused on the passion, death, and resurrection of Christ. After all, the Apostles expected the Second Coming during their lifetimes.

At this time, the ancient pagan cultures structured their seasonal celebrations on nature. The celebration of the winter solstice was the biggest festival of the year in ancient times. It centered upon the shortest day of the year—the day when the “unconquered” sun began slowly to take back the days. Gift-giving, feasting, lights, and greenery all originated in these pagan celebrations. As Christianity expanded into these lands, the Church adopted many of these traditions, infusing them with Christian meaning in order to ease the transition for its new members. Thus, sometime in the fourth century ad, Christmas—and Advent—made their appearances.

Originally, Advent was a forty-day period of fasting and penitence—a parallel to Lent. In the early centuries, the Church focused on preparing for the Second Coming. Not until the middle ages did Advent begin to point toward the birth of Christ. Over the centuries, many traditions cropped up surrounding the season. The Advent wreath grew out of a Pagan tradition of lighting candles to signify the hope of spring. The Jesse tree probably originated in Northern Europe, where lineage and genealogy determined one’s place in society. The Jesse tree taught the faithful about Jesus’ royal lineage. Over time, these customs (and the meanings associated with them) have evolved. Some grew more important, others less so.

Nowadays, the secular culture and many Protestant denominations make no distinction between Advent and Christmas. The Sundays of December are filled with the story of the Christ Child, and the Christmas celebration is over and done around New Year’s. But in Catholic tradition, the season of Advent focuses on the two “comings” of Christ—the Incarnation, when God came to Earth as human child, and the glorious Second Coming at the end of time. In fact, the readings for the first two weeks of Advent speak of John the Baptist “preparing the way” for Jesus, the grown man who turned the world upside down. Only in the later part of Advent does our focus zero in on Bethlehem.

This duality is something we experience even with our senses. Catholic churches are hung with violet for these four weeks—the color traditionally associated with penitence. But the purple we use at this time of year is different from the purple of Lent; it is meant to be a richer, royal purple, reminding us also that Christ is King.

Advent gives us a chance to meditate on:

Expectation—for the coming of one who will bring justice to an unjust world;

Preparation—so that we may prepare our hearts to receive Christ, who is

Light—the light of the world.

These are beautiful themes. Why should Advent be shoved into a corner, nothing more than four weeks of filler before Christmas? Advent can be a magical time, if we approach it the right way.

Advent does not need to become a “second Lent,” but the violet hangings and vestments remind us that penitence remains an important part of the season. Advent gives us the chance to examine our hearts and “defrag” our scattered souls. To reorder our thinking and our priorities. To point our lives, for four weeks, toward Christmas, so that when we reach the holiday, it has meaning and beauty that is distinct from the four preceding weeks.

Nor is Christmas the end of the journey. Without Holy Week and the resurrection, the manger in Bethlehem would be unremarkable: just one more baby born in poverty. For Christians, the destination is Easter. Glorious as it is, Christmas is a stop along the way.

Even though all the advertisements on TV are about Christmas, right now we are actually in the season of Advent. During Advent, our job is to get ready for Jesus to come and live in our hearts. At Christmas, we will celebrate Jesus being born as a baby—but he has promised us that he will come back again someday, and we need to be ready. One way we do this is by remembering our sins and trying to do better. This is called penitence, and it is why the church is decorated in purple. But Advent is also about looking forward to Jesus coming. We are excited because Jesus is the light of the world, and when he comes, he will make the world fair for everyone.