Join me in wishing my wonderful husband of ten years a happy birthday. And, in honor of his heritage, we went to a Japanese teppanyaki restaurant last night. In case you don’t know, that’s where you sit around the grill and the chef puts on a show for you while he’s cooking. The kids had never been, but Peter and I used to go in California.

I thought for sure the kids would love this. We were seated at a grill while nearby a chef was already cooking. Suddenly, his grill flamed up and little “Calvin’s” eyes got huge. “Whoa! Fire!” He stood up in his chair. I got him seated again, and he was happy with his lemonade until our chef showed up.

I think Peter was looking forward to using a bit of his Japanese. My daughter, too, though she tends to mix up Japanese and Spanish. Peter’s family is interesting. Between them, his parents speak seven languages. They only have English in common. On top of that, they didn’t come to the US until well into adulthood (they both lived through World War II in different continents, both enemies of the US), so they argue over how to say things in English. It is great entertainment. Plus, visiting with them is something like a meeting at the UN. I speak French to his mom, a little, while she speaks Japanese and Spanish to Peter. Then my daughter is bugging both Obachan (grandma in Japanese) and Nagypapa (grandpa in Hungarian) to teach her words in Hungarian and German.

Back to our chef. The whole staff in the restaurant is Japanese. So of course, we get the one white guy. He was nice though. Until he lit his grill on fire. Calvin dove under the table and wouldn’t come out. This is my son who is afraid of nothing. Except apparently fire. Guess he actually listened to my lectures on the dangers of it.

Finally, Peter dragged him out from under the table and carried him to the far side of the restaurant where they could watch from a safe distance. Once Dennis our chef pulled out the rice to make fried rice, Calvin was happy and returned to the table. He was fascinated, as I knew he would be, with our chef’s knife skills and soon was imitating him with his chopsticks. Though he was stabbing his food with them instead of using them properly.

I have to say, gaijin that I am (that means white girl) I know how to use chopsticks. I even eat rice with them (major applause, please). I also know enough to know it’s bad luck to stick your chopsticks in the rice bowl sticking up. So of course I have to do that. Peter’s mom would have a cow but nobody in the restaurant even noticed that I was courting bad luck. I live on the wild side. Can’t you tell?

As far as other excitement for the day, it almost rained. Almost. No rain 141 days and counting. They did get rain to the north of us, just enough to get the news helicopters up flying around chasing the raindrops. Also, the mountains got thundersnow. Yes, thunderstorms while it’s snowing. We just got dark skies and a dust storm. There’s nothing like seeing a wall of dust rising up about a hundred feet in the air heading toward you at thirty miles an hour. Woe to you if you leave any windows or doors open. You’ll find silt in the most interesting places for years.

This weekend has the best opportunity for rain. The jet stream is the most favorable it’s been in 12 months, so we’re hoping for a half inch this weekend. Yes, that’ll be the grand total of rain for the winter. A whole half-inch.

Completely unrelated to rain, but equally exciting, is a really terrific blog post Mike the-blog-hijacker-but-I-still-like-him Snyder wrote for theNashville ACFW group blog. If you’re in my crit group (you know who you are: Jenny, Malia, Sabrina) it’s mandatory reading. For everyone else, I highly recommend his take on what makes a good crit group/partner. Thanks, Mike, for not dumping me yet. ☺ Read the article to figure out what I mean.

And while I’m at it, a couple more interesting blogs to visit.

If you haven’t read Diary of an Arts Pastor, you might want to check it out. Scroll down to his February 28 post on his top ten. His take on Christianity, art, and culture is thought provoking without being too far over my head. He’s also an INTJ (Myers-Briggs personality type) like me. Probably why I like him. We’re only one percent of the population. Also in our company: CS Lewis, Chevy Chase, Dan Aykroyd, Jane Austen, Peter Jennings, Rudy Giuliani. Nice, huh?

If you read Brandilyn Collins’s blog, you’ve already seen this, but I thought it was funny and worth passing on.

More updates on Arizona weather as they become available. Don’t I sound all news-ish? 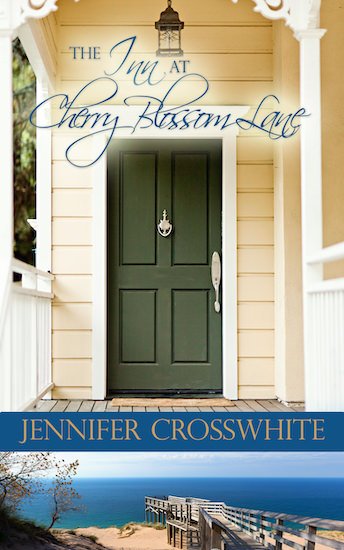