…and whatever we ask we receive from Him, because we keep His commandments and do the things that are pleasing in His sight. 1 John 3:22 (NASB)

A man and his son were mountain climbing. The father had safely descended a tricky ledge and waited at the bottom for his son in the midst of a rising storm. The rain slicked the rocks and the son lost his footing, fell off the cliff, his safety rope suspending him in mid-air. He tried climbing the rope but was too weak.

The rain turned to sleet and the sky darkened. The son knew he wouldn’t survive through the night in the fierce storm. From below he faintly heard his father’s voice through the icy wind: “Cut the rope!” The son waited, thinking he was hearing things. Why would he cut the one thing that was keeping him safe? Then he heard it again. “Cut the rope!”

He knew it was his father’s voice. He knew his father loved him. He knew he could trust him, even though the instructions seemed to counteract every logical thought in the son’s head. Hand shaking, he pulled his pocketknife out of his belt and began sawing at the rope, stomach tightening against the inevitable fall. As the last thread snapped with his weight, the son fell… about two feet to the ledge below him.

As he climbed off the ledge down to his father, he was grateful his dad could see what he couldn’t, that true safety was found in letting go.

Do you ever say, “I can’t”? Have you ever stopped to think that what you really mean is, “I won’t”? Our God is big. There’s nothing He can’t do. But often He won’t work in our lives because of the state of our hearts. He desires our faith to grow, and one way we demonstrate our faith in Him is through our obedience. Just as we want our children to obey us because they trust us—even when our instructions don’t make sense to them—God wants us to obey Him, regardless of our own ability to figure out the situation.

We need to let go of the things we think keep us safe—control over our money, our use of time, our choices in life. Control is an illusion.

Let’s start doing the things God has called us to do. What’s something you know God’s been asking you to do but you’ve said, “I can’t”? Step out in faith today and do it.

Get it now before the price goes up! Available at your favorite retailer. 👉Link in Bio!

First time EVER at this price! Available at your favorite retailer. 👉Link in Bio!

Get the complete collection with a bonus novella for a never before seen low price! Available at your favorite retailer. 👉Link in Bio! 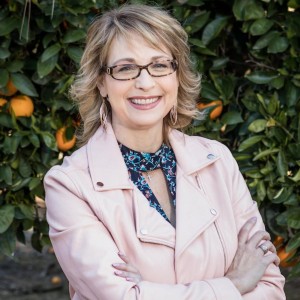 Get it now before the price goes up! Available at your favorite retailer. 👉Link in Bio!

First time EVER at this price! Available at your favorite retailer. 👉Link in Bio!

Get the complete collection with a bonus novella for a never before seen low price! Available at your favorite retailer. 👉Link in Bio!